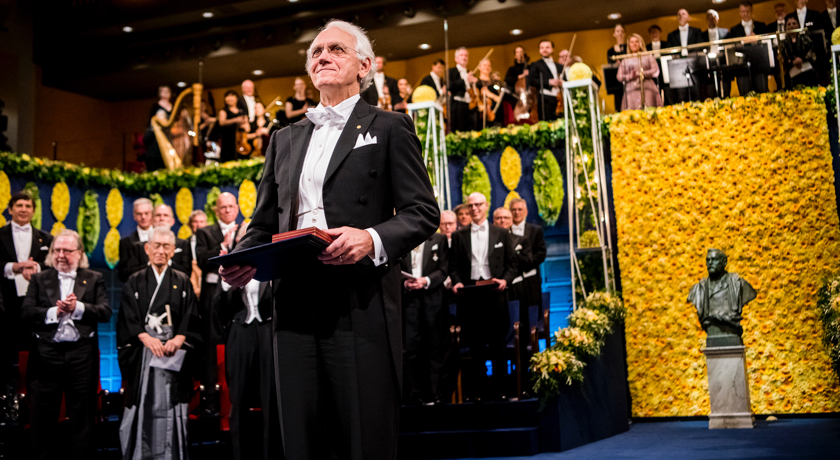 A University of Michigan emeritus professor and laser pioneer was honored with the world’s most prestigious prize in physics. Gérard Mourou, the A.D. Moore Distinguished University Professor Emeritus of Electrical Engineering and Computer Science, was one of three winners of the Nobel Prize in Physics for “groundbreaking inventions in the field of laser physics.”

For an invention made at the University of Rochester and developed at U-M, Mourou shares half of the prize with his former graduate student Donna Strickland, now an associate professor at the University of Waterloo in Canada. The other half went to former Bell Laboratories scientist Arthur Ashkin.

In 1991, he founded U-M’s Center for Ultrafast Optical Science — where the safer, bladeless version of LASIK eye surgery was developed and where HERCULES, the world’s most intense laser, was born.

The “chirped-pulse amplification” technique Mourou is honored for developing has revolutionized the field of optics and led to advances in science, engineering and medicine.